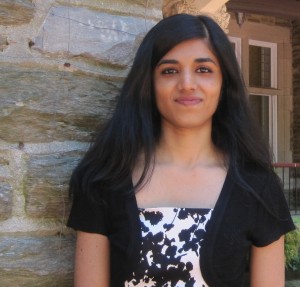 At Cabrini she worked on LOQation, the student run video news program. She was the graphics coordinator for the show, prior to which she held the position of script writer. In addition, she was also a reporter and videographer for the show.

Jeny is also capable of writing in AP Style format. She was part of the award winning college newspaper “The Loquitur” where she was a staff writer and then got promoted to Arts & Entertainment editor where she managed a staff of seven writers. She also gained skills on layout and design.

Jeny worked on the 10! show at NBC10 Philadelphia as their Web & Audience Intern. She played an integral role in the production team at NBC10 to ensure the show ran smoothly. Jeny gained valuable skills including technical and organizational skills necessary  to work in a fast-paced television setting. Jeny familiarized herself with the Dalet plus program and trained fellow interns to log audience information using Dalet in the 10! Show Holds for future shows.

Jeny is capable of communicating through print, video, photography, and social media. She is passionate about pursuing a career in film/tv production or broadcast journalism.